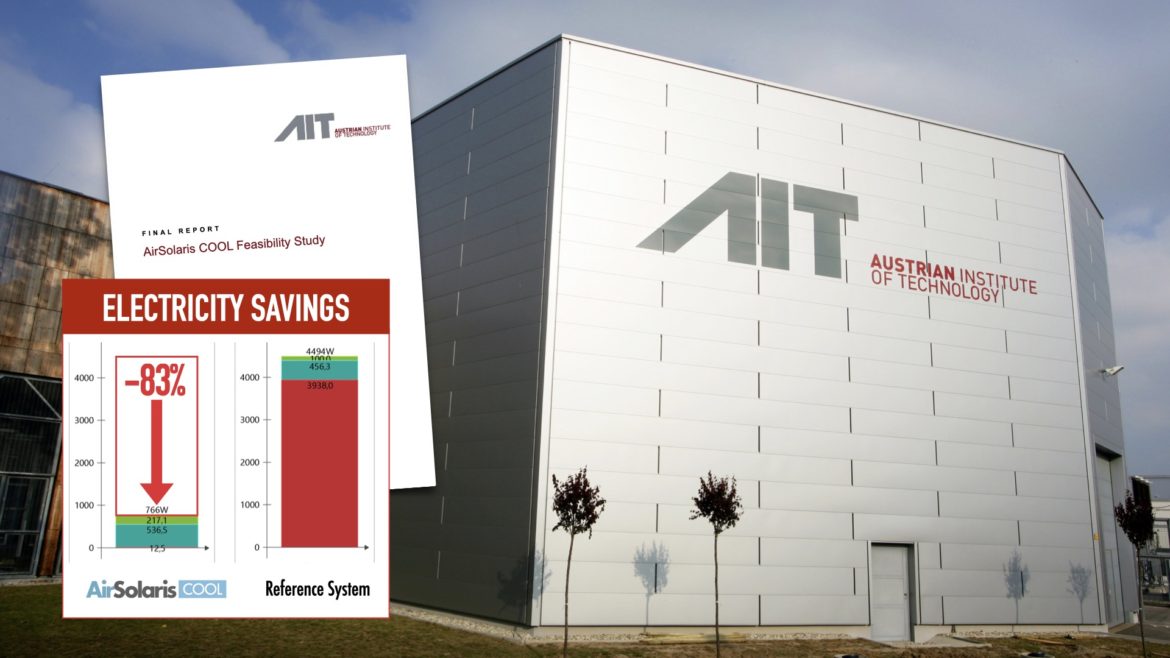 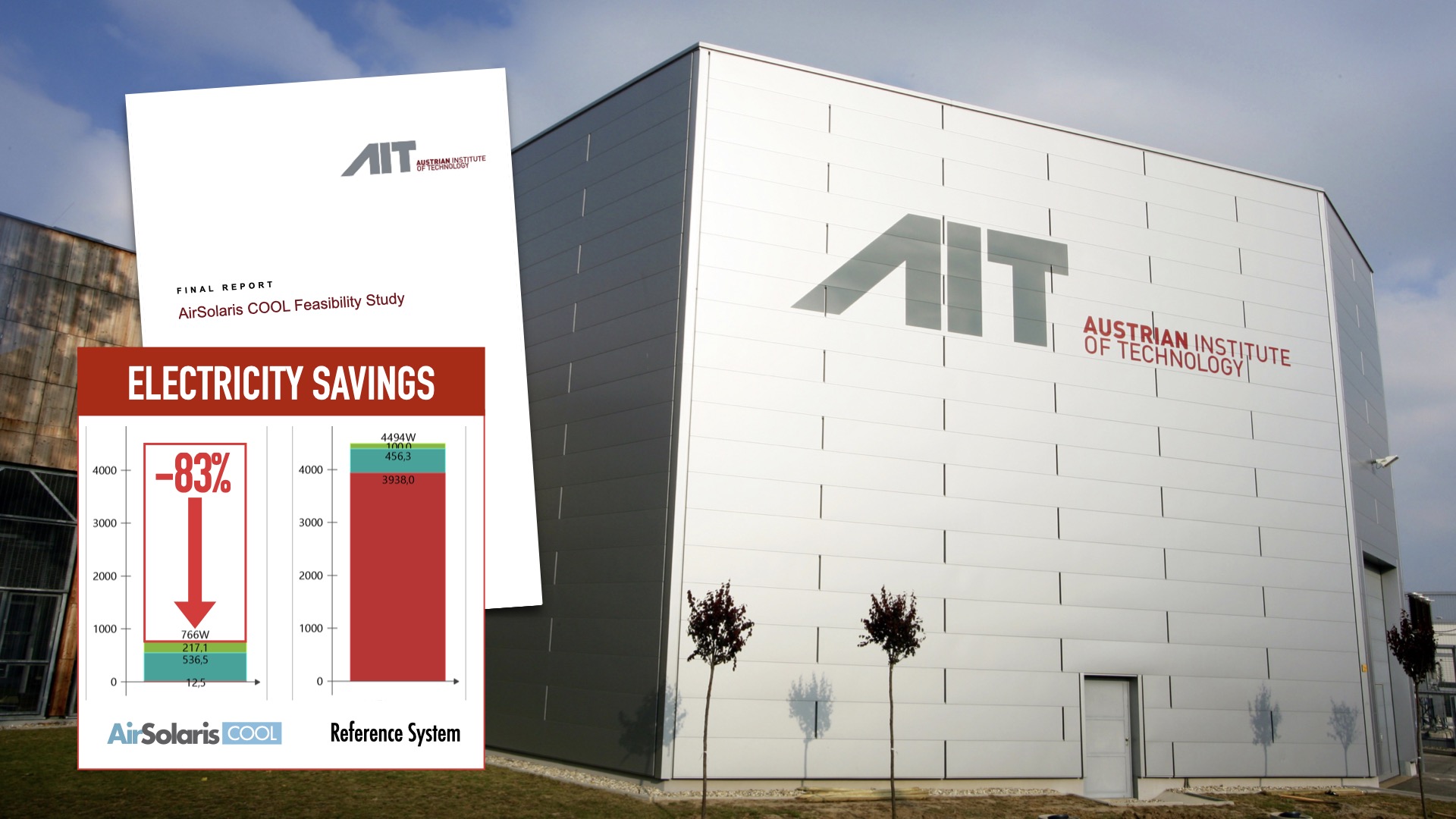 Not 2X but 4X (and up to 7X) less electricity!
In 2016 EnergySolaris had identified a new air conditioning method — broadly confirmed in principle by Fraunhofer ISE (Germany) in 2017 — expected to need ~50% (2X) less electricity than conventional AC. But deeper, expert technological examination was needed to prove the concept as being technically viable and quantify the energy savings potential.

Thus, the Austrian Institute of Technology (AIT) — one of Europe’s energy research leaders with experience in the relevant technologies — was invited to perform a technological study which assessed AirSolaris COOL performance vs reference system in computer models informed by tested physical components.

So, in this context, the results of the AIT study truly exceeded expectations: AirSolaris COOL will use on average 4X (and up to 7X) less electricity than a reference air handling (central ventilation) system based on conventional vapor compression technology. And, notably, this advantage even factors-in the significant energy needed to transport the air through the building ducting – which is the same for both systems.